PPT2GIFa Lite is a new FREE add-in for PowerPoint

*round-tripping is the process of creating content in PowerPoint,
exporting it and then importing it back into PowerPoint.

What it WILL do

You can use PPT2GIFa Lite to design animated GIF images from static images of your slides. In the example below, we set the slide size to a custom size of 1″ x 1″ and drew a ball in different positions across 37 slides. The resulting animated GIF (exported at 20ms, 144x144px) is shown on the right. The PRO version gives you extra features such as variable frame delays and multiple frame disposal methods. 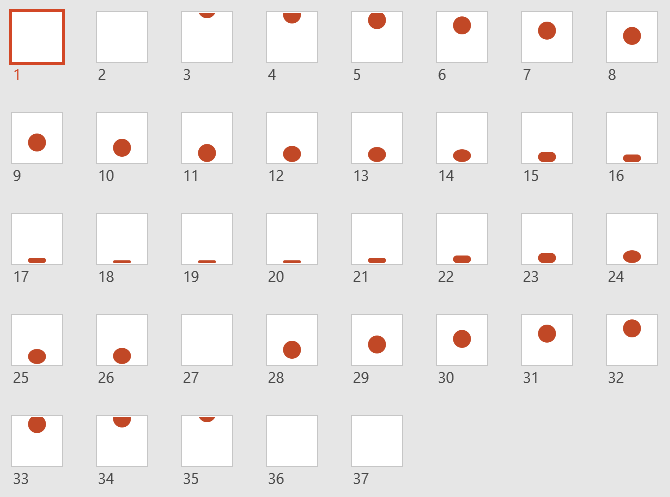 The free Lite version of PPT2GIFa supports the following:

The PRO versions does all of the above plus more:

Once the animated GIFs have been created, you can insert them back into PowerPoint, animate them and even export the slide show as a video!

What it will NOT do

Since PPT2GIFa creates static images of your slides to use as the frames in the animated GIF image, slide show animations and slide transitions are not exported. PPT2GIFa will not export an animated/transitioning slide show in the same way that the Export to Video feature works. If you require this functionality, please vote for it on Microsoft’s UserVoice site for PowerPoint here : Idea 1 | Idea 2 Alternatively, you can export to MP4 and then use a third party app such as the AVS Video Converter to convert the video to an animated GIF.

In our presentation example below we created an animated GIF from a standard 16:9 presentation using a frame delay of 1000ms (1s). 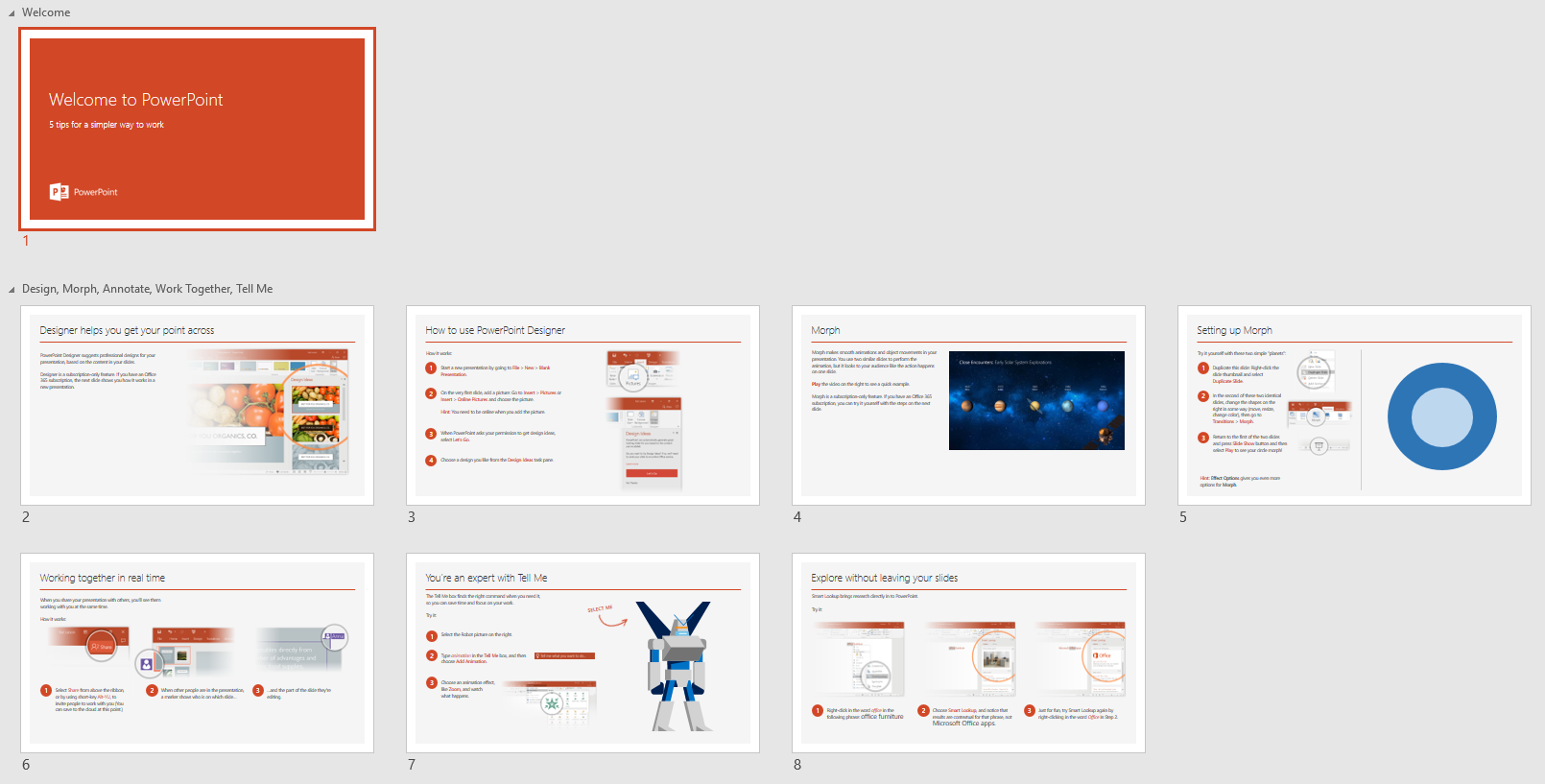 ImageMagick is an open source library of image functions which PPT2GIFa uses during the animated GIF creation process. In order to use PPT2GIFa you must first download and install the latest version of ImageMagick from their website. The  download URL and instructions are provided in the add-in. YOUpresent is not affiliated with ImageMagick and we do not warrant their software but we have used it successfully for a number of years in our products so consider it to be safe and stable.

PPT2GIFa works with Windows versions of PowerPoint. No Mac equivalent is available as it’s not technically possible to develop the same functionality on PowerPoint:mac. The first release has been tested on the following platform:

Why is it free? Just a few reasons why: 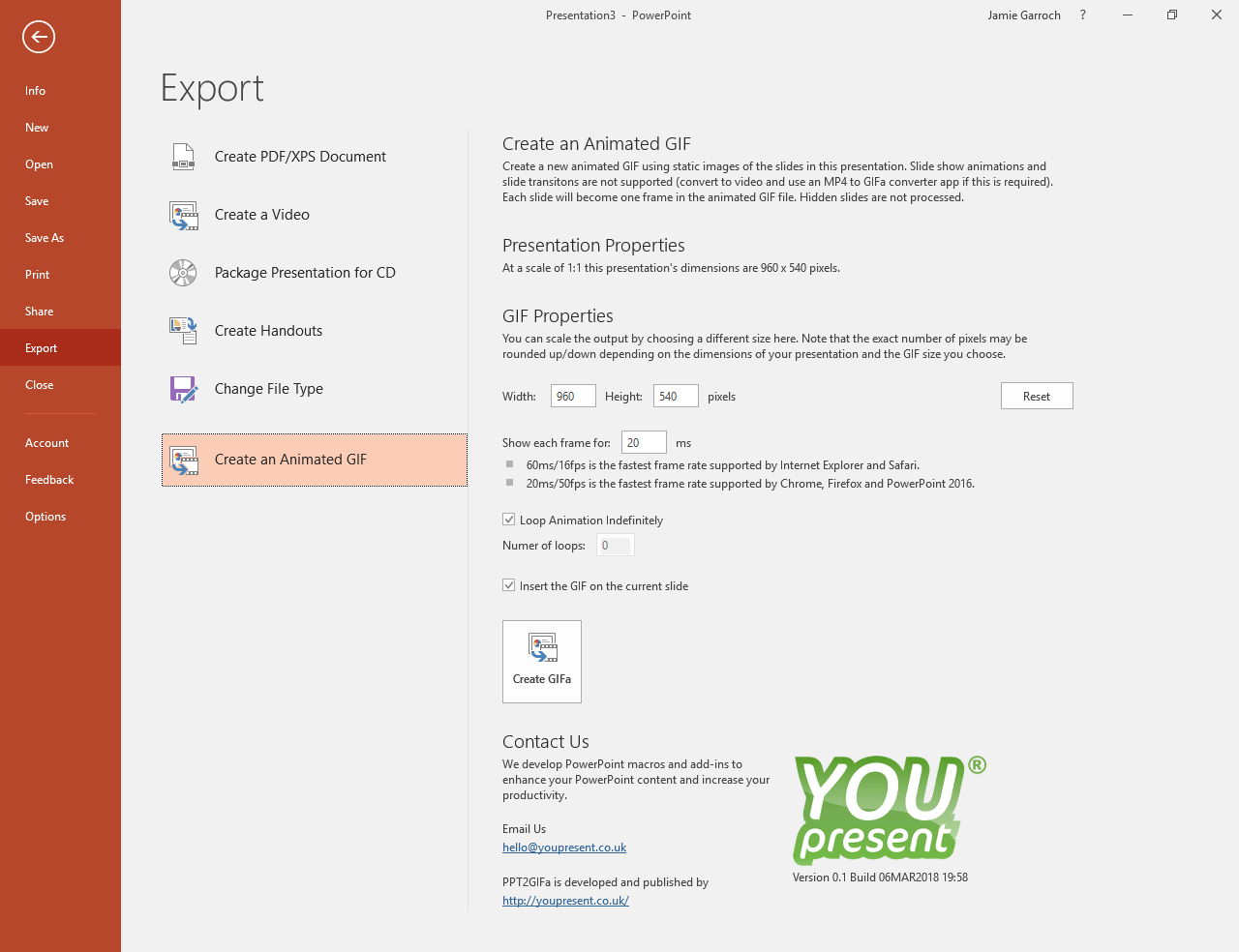 Much of the hard work goes into creating the numerous slides/frames required to build a high quality animated GIF. Let’s take a number counter for example. A simple sequence that counts from 0 to 100 in 20ms steps takes a lot of pinpoint accuracy from one slide to the next to get the best looking GIF. We’re going to make that easier by building extra paid-for features into a Pro version of PPT2GIFa.

The example below took less than a minute to create with our prototype slide sequence generator. 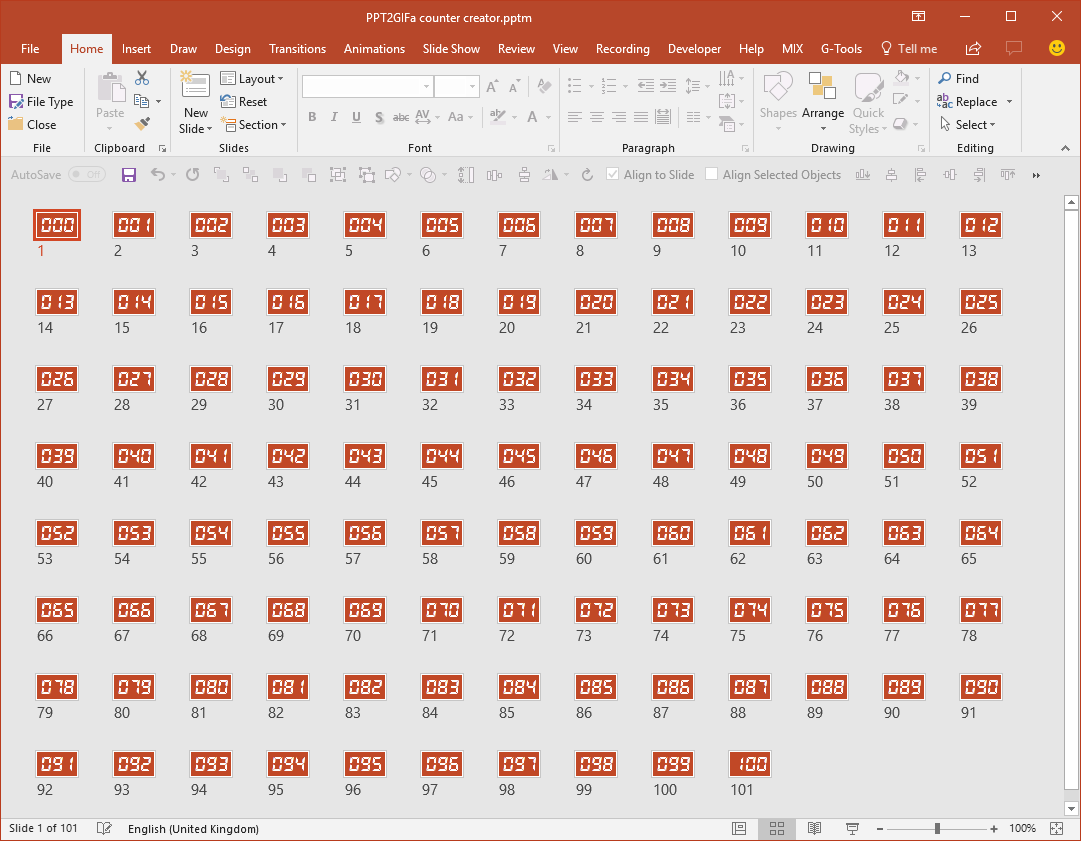 Do you need us to develop a custom add-in for you? Tell us about it now!

OK, as a reward for scrolling down this far, here’s another downloadable sample to help get you started. 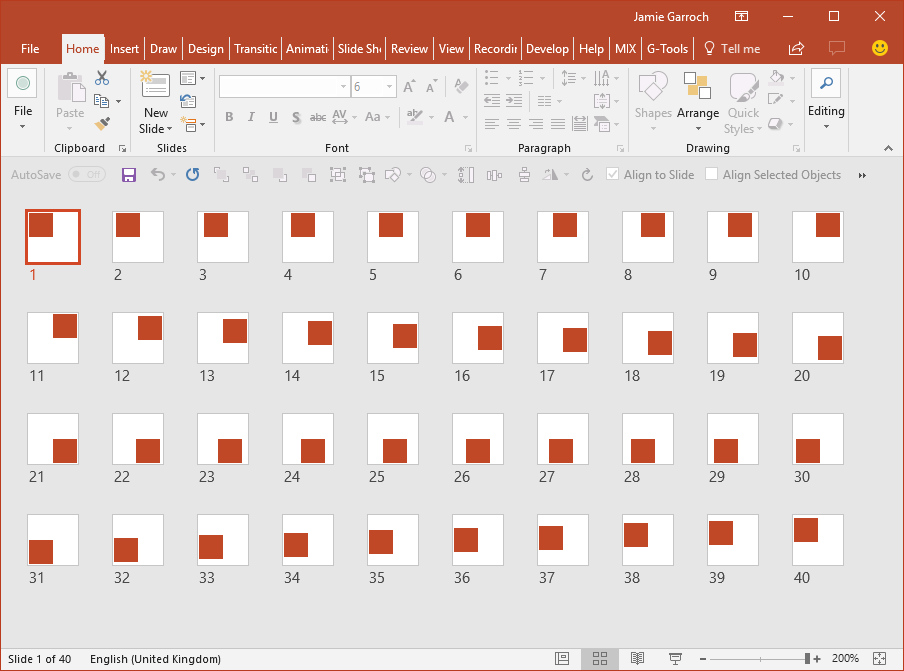