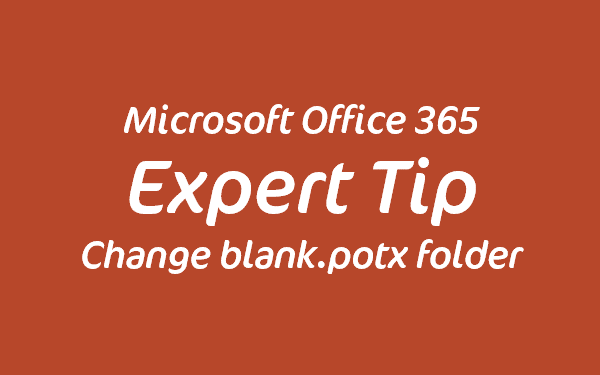 Have you ever wondered how to change the default template that’s used to create the blank presentation as you open PowerPoint?

It’s a fairly well hidden feature of PowerPoint that when it starts, it looks for a file called blank.potx. This filename cannot be altered and is fixed by PowerPoint and until recently, I thought the location of the file couldn’t be changed either. But that assumption changed during a conversation with John Korchock on the Microsoft’s Answers forum.

Before I continue, if you don’t know how to change the default template, take a look at this article from Steve Rindsberg which provides instructions for many different versions of PowerPoint.

For years, I was under the impression that the default location was hard coded in PowerPoint as follows:

The %AppData% part is an alias which when entered into the address bar of Windows File Explorer will map to your specific user data folder as in this example:

Don’t get this location confused with Custom User Templates. From PowerPoint 2013, the location that templates get saved to when you create and save them as .potx files changed to:

If you have templates there, they will be available in the backstage of PowerPoint when you click File / New under a tab named CUSTOM or PERSONAL (depending on the configuration of your Office installation). Saving your blank.potx file in this folder won’t get picked up by PowerPoint. Not by default anyway, but it could! Read on…

Here is the part I never knew

It’s not PowerPoint but Microsoft Word that sets the location for the blank.potx file (and Excel templates)! Now why didn’t I think of using Word to change a PowerPoint feature? Here’s how you can change it: 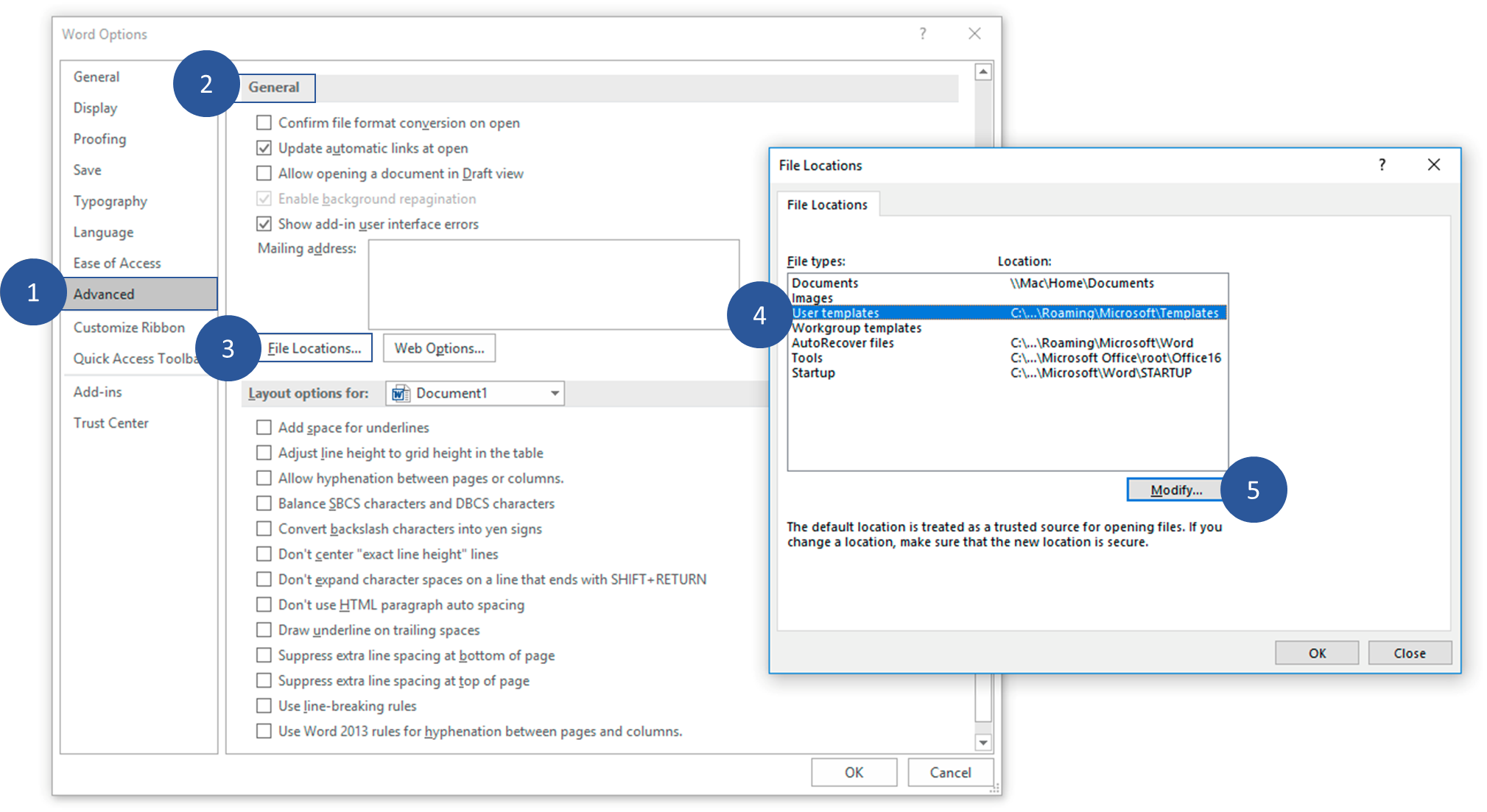 Now when you open PowerPoint, it will look in this modified location for the blank.potx file. You might want to set this to the same location as your Custom User Templates or a different location.

So, if you’re having trouble setting the blank.potx file, open up Word and check to see if the user (or IT department) hasn’t changed this setting in Word, unaware that it affects the behaviour of PowerPoint (and Excel) too!

If you need to know what’s going on under the hood, then this section’s for you but note, modifying the Windows Registry is a dangerous business and can completely render your PC inoperable. Proceed with caution!

When you use Word 2016 to modify the User Templates location, it creates a new registry key here:

By default, this key doesn’t exist (part of the reason I never found it when searching for it in the past). And, if you set the location back to the default path, the key is deleted.

You can therefore change the default location outside of Office using the RegEdit.exe tool or by running specially crafted .reg files. But since we at YOUpresent create custom add-ins for PowerPoint, we’ll be adding a feature to check and modify this location in our latest product called YOUtools. It has over 50 handy tools that you and your design studio colleagues will wonder how you ever lived without them.

YOUtools for PowerPoint on PC & Mac