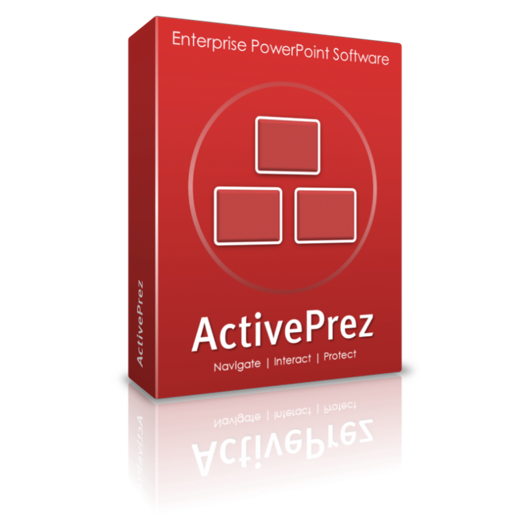 Since we launched ActivePresentation Designer a few years ago, we’ve been listening to your requests. We’re getting close to launching a completely new version called ActivePrez and it’s been redesigned from the ground up. ActivePrez will focus solely on the Menu Bar feature which is what the majority of our customers use the most.

We’re now looking for folks interested in evaluating the beta version of the new product and are accepting requests to join the program at the end of this post. 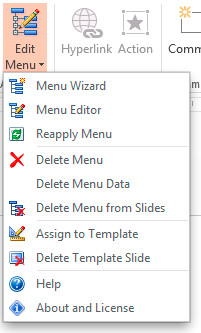 Simplified single button in the Insert tab of PowerPoint

With support for the latest versions of PowerPoint (including 64 bit Office) and Windows, it’s future proof. 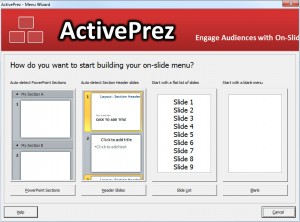 A new wizard allows you to automatically build your tree from either:

Menu items can now be linked to: 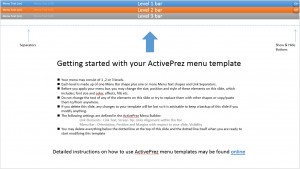 Templates are now fully editable by you. When you create your first menu, a default template will be added to a hidden slide at the end of the presentation and you can then edit any of the elements to your heart’s content.

In addition to the above major new features, there are several other smaller yet significant features you have asked us to create:

We’re also going to be working on the following requested features:

If you’d like to be considered for the beta program, please let us know by leaving a reply below. You will need to include the following:

Folks who provide great feedback will automatically receive a whopping 75% discount off of the new version when it’s released (compared to 33% for regular upgrades).