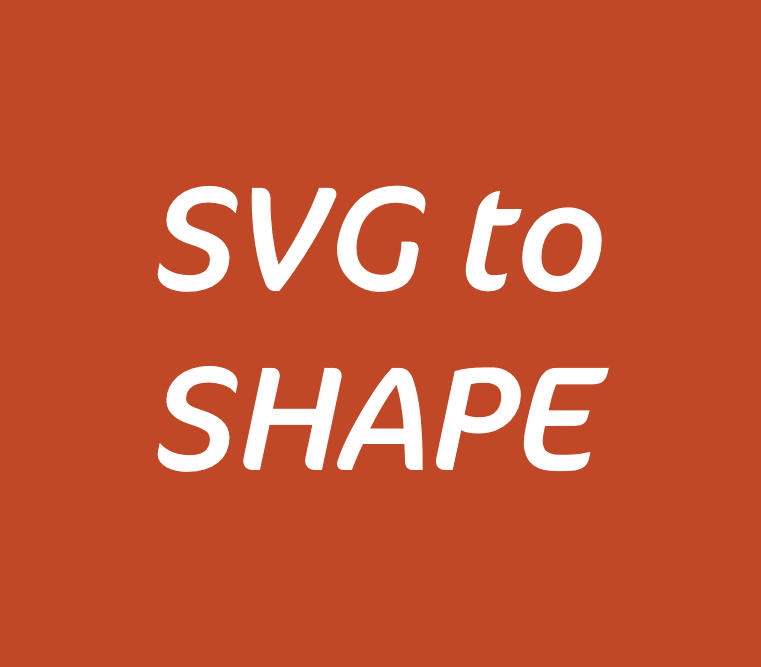 If you’re a fan of the ability to import EPS vector graphics into PowerPoint then you’re going to love this. Especially since inserting EPS is not so easy thanks to a Microsoft security update.

A few releases back now (around December 2016), Microsoft introduced the ability to insert SVG graphics when they introduced their Insert Icons feature. These are vector graphics created using the open SVG standard, which is appearing in a web browser near you.

But one of the limitations of the SVG import feature was that you could only change the colour of the whole object. Now it’s possible to convert the SVG graphic into a group of editable shapes in PowerPoint. Just insert the picture as you would normally and when it’s selected, the Graphics Tools / Format tab will appear. Within that tab you’ll see the new Convert to Shape button:

One click of this magic button will convert the graphic either to a single editable shape or a group of editable shapes for more complex graphics.

Note: we are aware that this feature recently appeared and then disappeared again in an Insider release. We noticed that it reappeared in PowerPoint 2016 on Windows in Version 1712, build 8813.1000