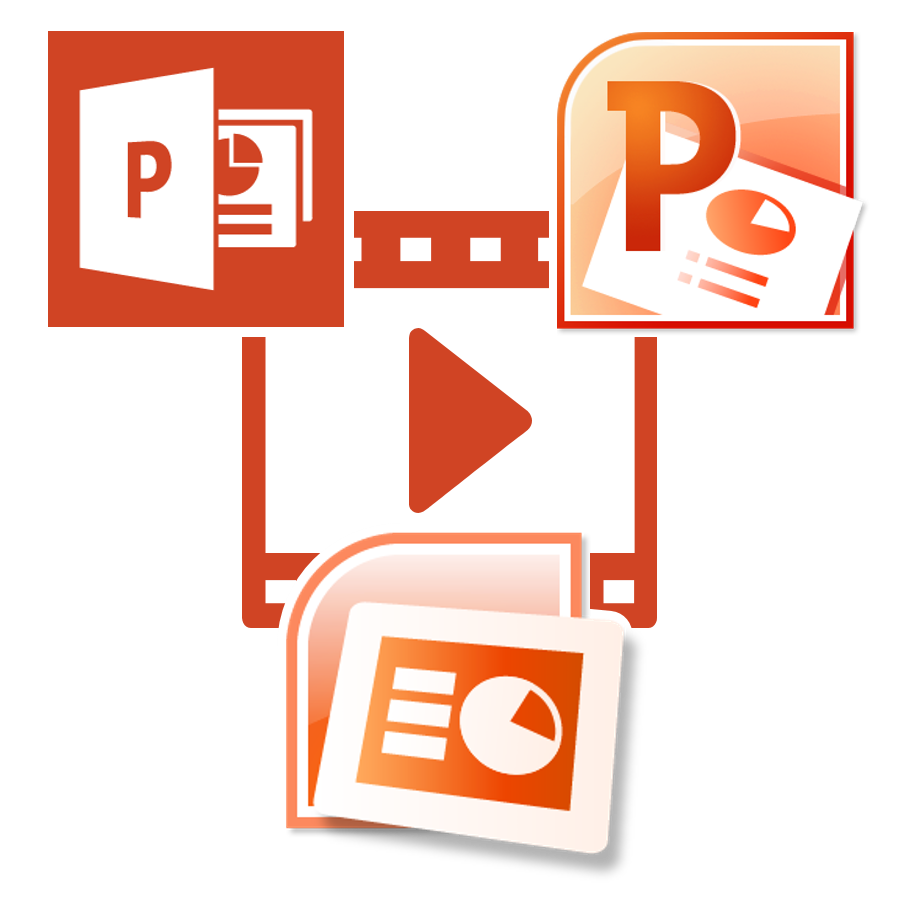 We noticed something in a Microsoft Office support article that concerned us recently.

In the latest incarnation of Office, PowerPoint 2013 is stated as recommending MP4 as the best video format:

For the best video playback experience, we recommend that you use .mp4 videos encoded with H.264 video

This is good news on the surface because it’s not a proprietary standard and is supported by a plethora of software applications and online hosting sites such as YouTube and Vimeo.

But, all is not entirely clear.

When you consider portability of your presentation i.e. sharing it with other people, either inside or outside of your organisation, you have to consider what they will be using to play it back on. This could be any of the following:

If we just consider the previous release, then a problem raises it’s head immediately. For PowerPoint 2010, the equivalent Microsoft Office support article does not include MP4 in the table of supported formats but does include a caveat note below it:

Videos in the .mp4, .mov, and .qt formats can be played in PowerPoint [2010] if the Apple QuickTime player is installed.

So, if you want the best video playback experience in PowerPoint 2013 and only in this version, then it makes sense to use MP4. But if you need portability and guaranteed no hassle playback for everyone that you send your file to, we think you’d be better off using the legacy Windows ‘standard’ format of WMV is it doesn’t have third party dependencies which you have to explain to the recipients of your work of art.

The table below is a summary compilation of the Microsoft declared video compatibility for various versions of PowerPoint. There are several caveats regarding playback quality and compatibility. Read more about these in the individual Microsoft Office pages under the References section below.

You can try the compatibility checker in PowerPoint 2013 here: 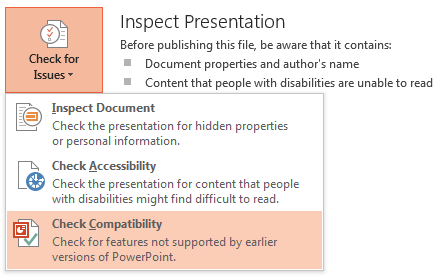 It’s a pity that Microsoft don’t declare what the Check Compatibility feature is actually checking at this stage because “Check for features not supported by earlier versions of PowerPoint” is not what it’s doing!

When we inserted a WMV file on slide 1 and the MP4 version of the same video on slide 2, we got the same unhelpful notice: 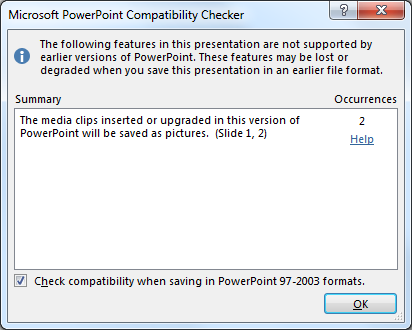 Another feature you could try is to optimize (aka optimise) the embedded media. PowerPoint 2013 includes this feature here:

Because this feature is aimed at creating compatibility for HTML5 publication (a browser technology that aims to replace Flash on devices such as iOS and Android) it’s likely that this won’t help the backwards compatibility with PowerPoint.